Put something nice about your company here...

Login to check your balance or redeem rewards 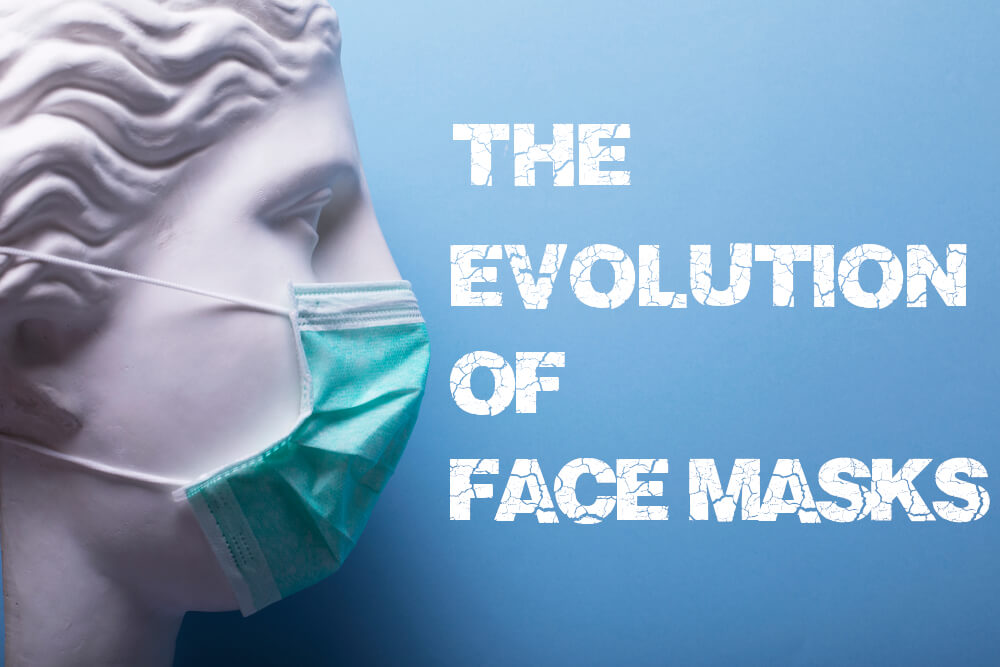 No one would have expected face masks to be the best-selling product in 2020, however, due to the Coronavirus pandemic face mask sales increased rapidly, with the product becoming a necessity in everyone’s day to day life. For some countries, face masks weren’t even a second thought, and rarely used. However, the history of face masks stems back at least 2000 years. In this blog post, we are going to take you through the evolution of face masks.

The first face masks were designed to protect our respiratory health, where Roman philosopher Pliny the Elder used animal-bladder skin as a mask to filter dust and any harmful minerals. In China, there is evidence of similar face coverings dating back to the 13th-century Yuan dynasty. In his travelogue written during this period, the Italian explorer Marco Polo described servants attending to the Chinese emperor and his entourage wearing silk scarves to cover their mouths and noses to prevent their breath from contaminating the food they prepared.

Fast forward to the 14th century, the Black Death spread across Europe, which again prompted people to use anything that was considered a functional face mask. After Europe’s largest plague epidemic, another outbreak in the 17th century led to the invention of the beak mask. This covered the entire face but had glass portals so the user could see clearly, and the beak was often filled with spices or aromatics, including mint and camphor, to filter out any diseases. Along with the mask, a full outfit was designed which eventually evolved into a terrifying symbol of death due to the brutal extent of the plague. During the 14th century, famous artist Leonardo da Vinci introduced the cloth soaked in water which he placed on his face to prevent toxic chemicals from paint and plaster entering his lungs. This technique is still advised as an effective method when people are escaping a burning building, to protect their lungs from the effects of smoke inhalation.

The presence of bacteria in the air was discovered in 1861 by a French biologist called Louis Pasteur, which made people aware of breathing in harmful pathogens. This led to doctors prescribing cotton masks to limit contagion and stop the spread of diseases during epidemics. During the early years of the 20th century, a Chinese medical scientist called Wu Lien-teh was investigating a pneumonic plague that had broken out in northern China. He developed a mask from layers of gauze enveloped in cotton, with ties so that it could be hung on the ears. This was the prototype of the masks used in medicine today, and with low production cost and simple manufacturing, this mask was highly complimented by experts, thus giving birth to the modern mask.

Due to numerous outbreaks of infectious diseases and flu, and the continuing rise of smog from modern industry, the masks we use today are constantly evolving to filter viruses and pollution more efficiently. Here at the Face Mask Store, we stock a wide range of face masks to help within any environment, from FFP3 Face Masks to Reusable Masks, and Full Face Masks to Powered Air Respirators, we’ve got you covered.